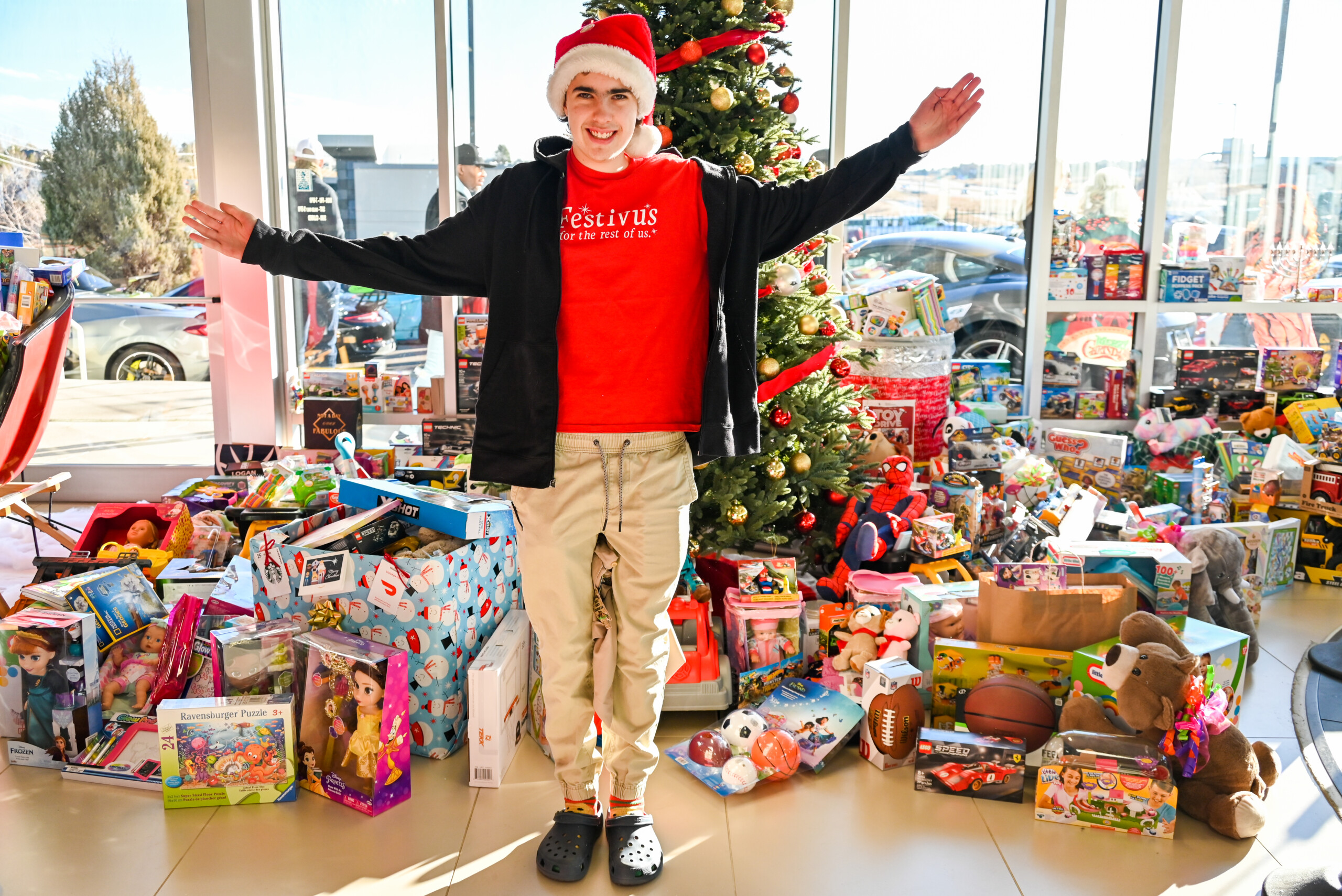 In September 2021, 14-year-old Jackson Barry and his parents heard the terrifying words, “Your son has cancer.”

Jackson’s cancer diagnosis was a huge shock for the Barry family. Jackson had completed a nine-day, 100-mile backpacking trip with his Boy Scout troop just a few months earlier. He’d had some minor issues swallowing and breathing over the summer, but cancer was not something that had crossed their minds.

Three weeks later, Jackson began aggressive treatment for a very rare type of Hodgkin Lymphoma that had formed around his clavicle, chest, and diaphragm. He spent 10-12 hours receiving chemotherapy once every three weeks for the next 5 months.

It was such a harsh and grueling treatment plan that Jackson’s body needed three weeks to recover from each round of chemotherapy. Jackson lost 11 pounds the first week because he was too sick and tired to eat. His hair fell out soon after starting treatment, so Jackson and his dad went out to get their heads shaved. The side effects were terrible. He was weak, nauseous, and tired, he got nose bleeds, his sense of taste was affected, and he had significant brain fog. 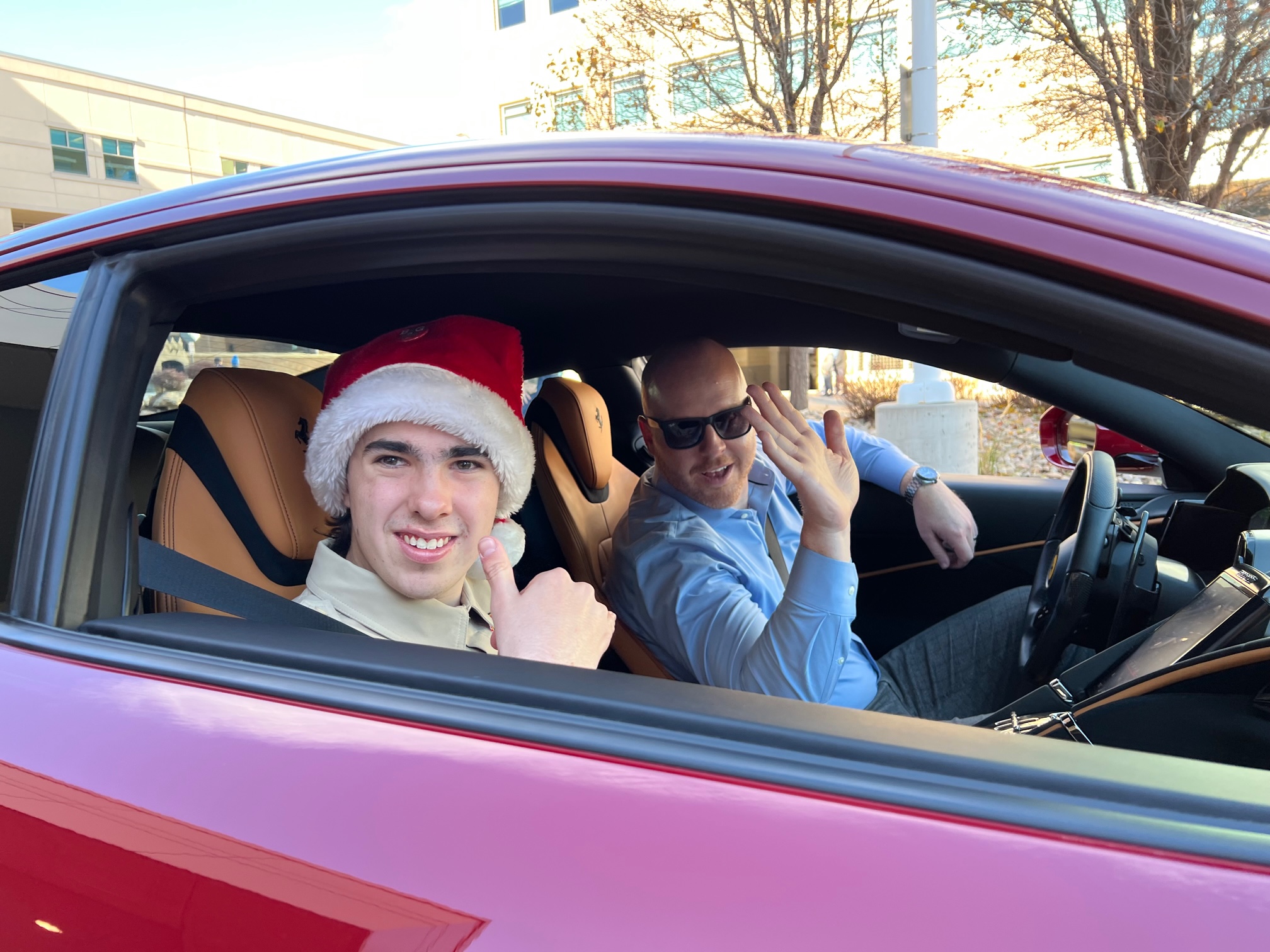 Despite the challenges, Jackson maintained his positivity and always had a smile on his face. He missed 55 days of his freshman year of high school and numerous experiences including football games, parties, and the Homecoming dance. Jackson credits his family and friends for being supportive and helping him get through it all.

Jackson completed 6 rounds of chemotherapy and rang the end of treatment bell on May 26, 2022.

When it came time to begin planning for his Eagle Scout Project, Jackson knew he wanted to give back to help other kids with cancer. Jackson started looking at local nonprofit organizations and his love of cars immediately drew him to The Morgan Adams Foundation. 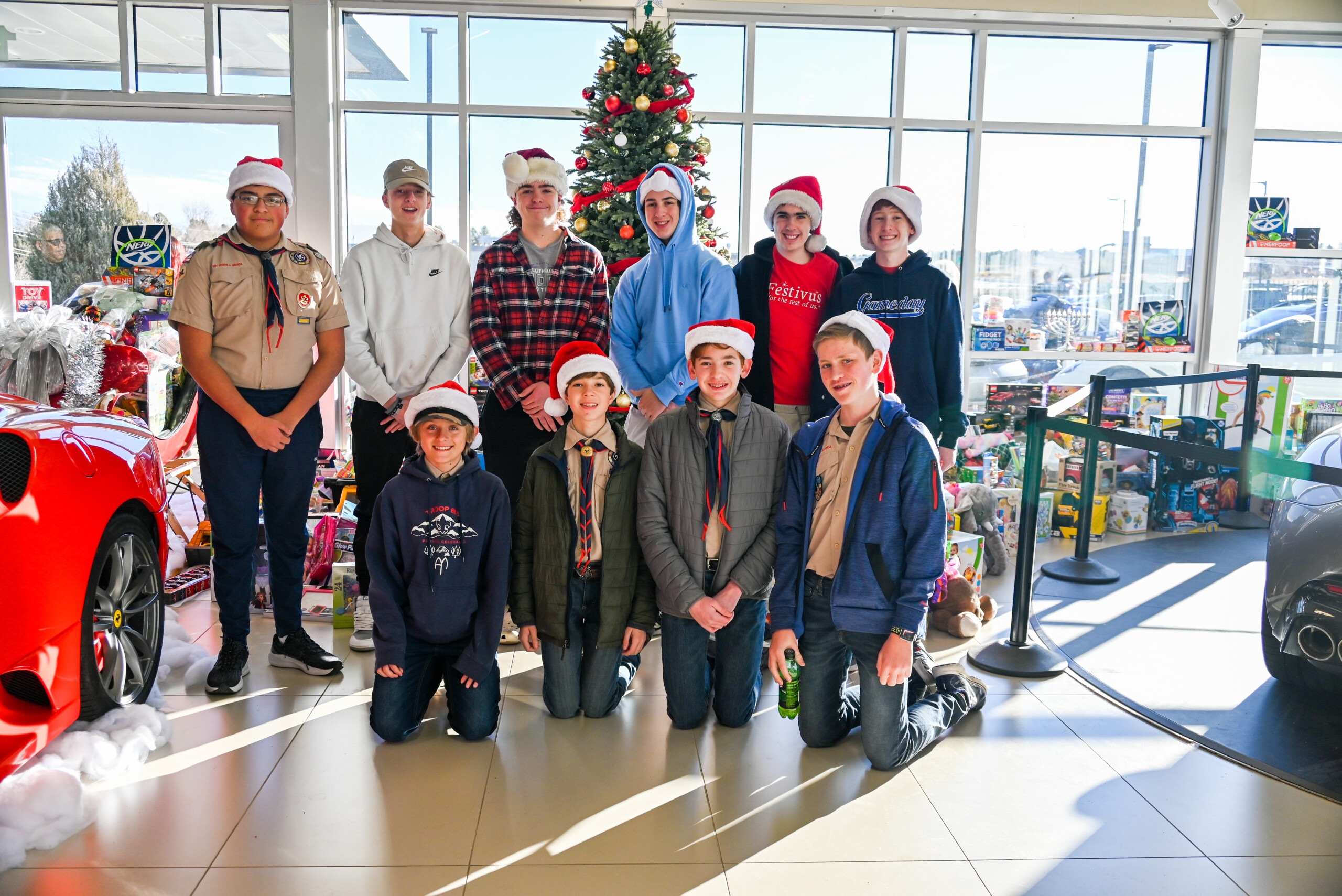 The Morgan Adams Foundation (MAF) is a Denver organization that has funded nearly $9 million in pediatric cancer research and provides financial support to families with a child in cancer treatment. MAF hosts a number of fundraising events throughout the year, including several that are car focused.

Through MAF, Jackson found the perfect fit for his service project: the 2022 Holiday Gift Drive with Ferrari of Denver benefiting Rocky Mountain Hospital for Children.

Over the following two months, Jackson visited schools, businesses, and other community locations to set up collection boxes. He also spread the word about the need for gifts for kids in the hospital and their families to brighten their holidays.

In the end, Jackson collected over 1,400 gifts for kids at Rocky Mountain Hospital for Children.

“I know what it is like to be in the hospital for a long period of time and how it feels really scary, lonely, and sad,” Jackson says. “I wanted to give back to the kids in the hospital so they could have a little bit of hope and joy during the holiday season since I know they are going through a rough time. If at least one child has a smile on their face, I am happy with my efforts.” 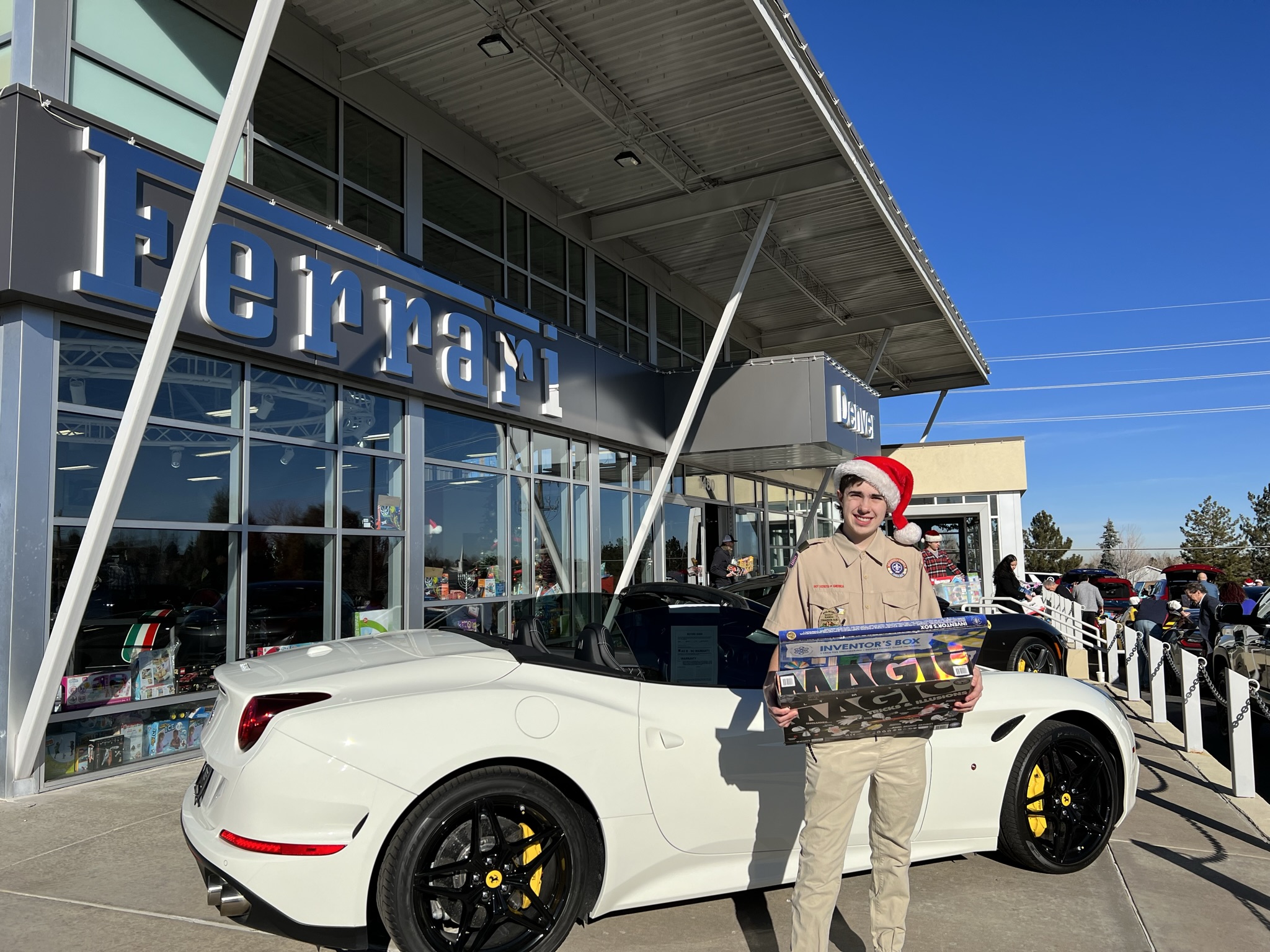 In honor of all his hard work, Jackson rode from the Ferrari of Denver dealership to Rocky Mountain Hospital for Children in a parade of Ferraris and other exotic sports cars. He was the passenger in a gleaming red Ferrari Roma just a car behind Santa and the smile never left his face.

Once at the hospital, Jackson and 9 of his fellow Boy Scouts and friends helped unload more than 100 cars stuffed full of gifts and sorted them for patients to do their “shopping”.

More than 200 patients were able to “shop” for gifts for their families leading up to Hanukkah and Christmas, and there will be extra gifts ready for distribution when needed throughout the year. Jackson’s efforts and selflessness have set the bar very high for future Eagle Scout and troop projects.

Joan Slaughter, Founder and Executive Director of The Morgan Adams Foundation added, “We are all so proud of Jackson and how hard he worked to help kids in the hospital over the holidays. Jackson’s courage in the face of cancer and grueling treatment is an inspiration, and for him to give back in such a huge way is truly amazing!”