Take a leap into art by Monet, Renoir, Degas, Cassatt and many more 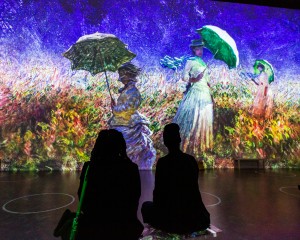 In the wake of reaching over 5 million tickets sold to Immersive Van Gogh across North America and the opening of Immersive Frida Kahlo to tremendous acclaim in eight cities, Lighthouse Immersive has shifted its focus to the Impressionist Movement of the late 19th century with Immersive Monet & The Impressionists: a tantalizing exploration of the radical artists that shook up the art world in an attempt to capture both the transient nature of beauty, and the timeless beauty of nature. 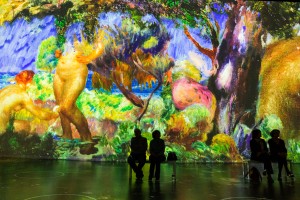 State-of-the-art video mapping and ground-breaking animation bring the art of the Impressionists to life like never before in Immersive Monet & The Impressionists. 500,000 cubic feet of projections composed of over 1.2 million frames of video bring the piece together, bathing viewers in the brushstrokes and colors of Claude Monet, Auguste Renoir, Edgar Degas, Mary Cassatt and many more. In addition to Impressionism, the program also features other artists who birthed movements that nudged the art world into the 20th century, including the robust marine paintings of J.M.W. Turner and the Post-Impressionist works of Toulouse-Lautrec. 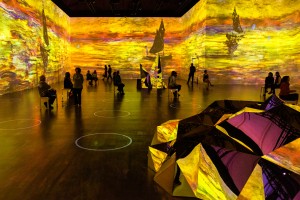 “While our previous immersive experiences have focused on the lives and work of individual artists, this piece focuses more on an era of change in art history that paved the way for modern art,” said Svetlana Dvoretsky, producer of Immersive Monet & the Impressionists. “The late 19th century was a tumultuous and exciting time for art as new ideas and methods circulated outside of traditionalist institutions. That excitement is captured wholly in this outstanding new work by our Italian creative team.”

Impressionism found its origins in 1874 when the “Anonymous Society of Painters, Sculptors, Printmakers, etc.” hosted an exhibition in Paris independent of the Salon de Paris: a yearly exhibition in which a jury of artists from the Académie des Beaux-Arts selected the finest works and awarded medals. The Anonymous Society was founded by Claude Monet along with Edgar Degas and Camille Pissarro, among others, as a rejection of the traditional norms strongly enforced by the Salon since the 17th century. “Impressionist” was originally a derogatory term used to ridicule impressionists for the rushed, unfinished look of their paintings, but they came to wear the label with pride. 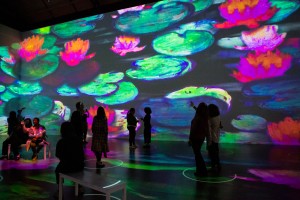 The Impressionists sought to capture the elusive properties of light through painting, closely examining how different lighting can drastically change an image. They also often depicted themes of modernity, in stark contrast to the historical and mythological paintings that were favored by academic convention at the time. Impressionist painters preferred to go out into nature to paint, a new method that went against the traditional practice of sketching and painting in a stuffy studio. A fleeting movement, the Impressionists all went on to pursue their own unique styles by the late 1880s. Despite its brief moment in the spotlight, however, Impressionism spurred an artistic revolution. 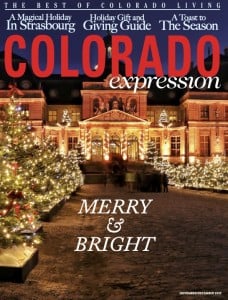 Stay Warm This Winter Dining Out On These Heated Patios

Support Children in Need This Holiday with Ferrari of Denver