At Cowboy Up Hatters, Coleen Orr has been creating custom headwear for three decades 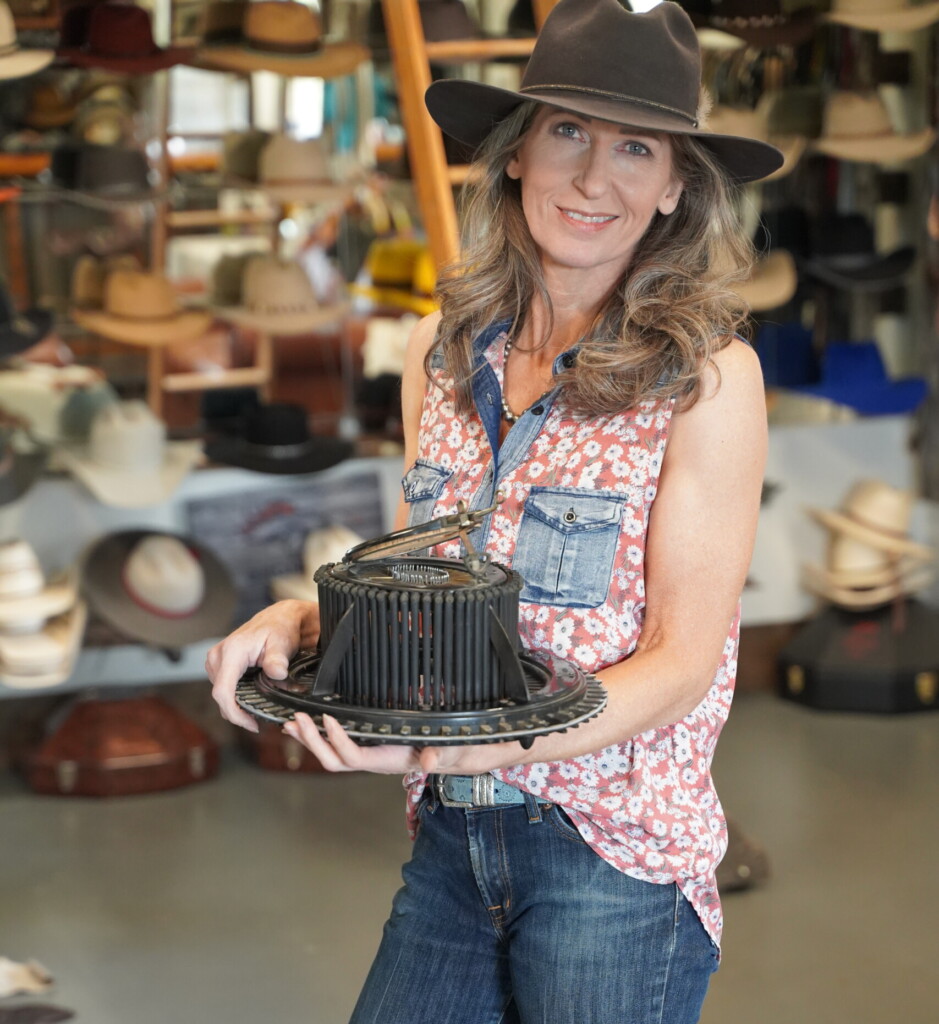 Dozens of Western hats line shelves in Coleen Orr’s Denver studio. In a spectrum of shapes and colors, they beg to be tried on for size and
worn out the door on a customer’s head.

But Orr would rather custom craft a hat for you than sell you one that’s already built.

After three decades of running Cowboy Up Hatters, she’s become an expert on pairing hats to customers, and she meets each client by appointment. “I look at their stature to see what will look good on them and match the style to their personality,” says Orr, whose Colorado license plate reads “Hat Lady.”

She says she has made hats for “cattle buyers, rodeo cowboys and show people,” as well as business leaders and the directors of the National Western Center’s $100 million capital campaign, which is supporting redevelopment and expansion of the National Western Stock Show grounds and creating a hub for agriculture, education and innovation. The chairman of that campaign, Pete Coors, has high praise for Orr. “Coleen is a master tradeswoman who builds the perfect hat from the ground up,” says Coors, who is also chair of Molson Coors Beverage Co. “She won’t let you leave until you, and she, are satisfied that you have the perfect look and fit.” 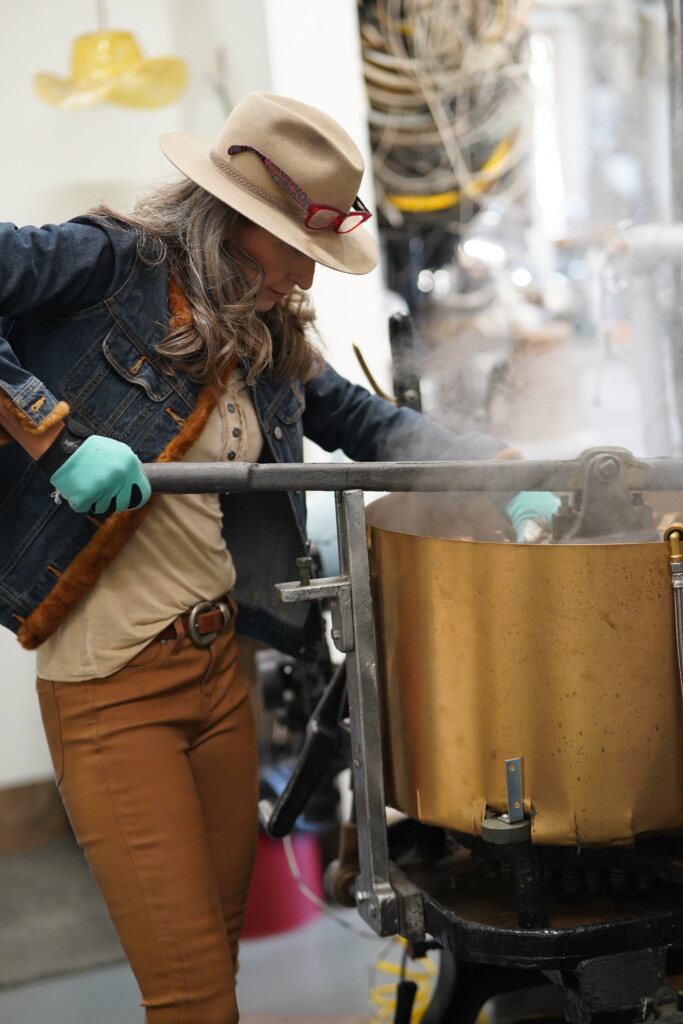 “I think of her as a true artist,” says Angela S. Lieurance, who has several of Orr’s creations. “To watch her do this is something to behold. Her shop is incredible—she collects things from all over the world, like vintage velvet ribbon she’s going to incorporate into my next hat. Coleen goes beyond fashion, weaving history and artistry into her hats,” adds Lieurance, director of the capital campaign for the National Western Center.

It all started in the early 1990s when Orr, then living in her native Canadian province of Alberta, agreed to help a friend who needed a hat repaired. She was working in the medical field at the time and wanted a career change. But she didn’t have the tools or the knowledge for constructing hats. Undaunted, she hopped in her car and headed to the western United States in search of equipment and advice. “I had a map of the United States and the Bible on cassette tape,” she recalls.

“It was an old boy’s club at the time,” she says of the hat business. But she found a kindred spirit in a woman hat-maker, Susie Orr, who then owned Greeley Hat Works. “I spent a few hours with her at her shop, and we kept in touch whenever I returned to the U.S.,” Coleen Orr recalls. Susie Orr not only helped Coleen with some of the basics of hat making but also introduced Coleen to her brother Fred Orr, who would become Coleen’s husband a few years later—and the father of the couple’s three children.

Coleen Orr found the vintage equipment she needed in Corpus Christi, Texas, and had it shipped to Red Deer, Canada, where she founded Cowboy Up Hatters in 1992. She moved the business to Colorado in 1996 when she married Fred, whose family has been in the ranching business for more than a century. (The Orrs are big supporters of the National Western Center, and a lounge in the new facility to open in 2025 will be named for Coleen and Fred.)

“I knew of ‘cowboy up’ as an old ranch saying that meant you get back on the horse when you get bucked off, along with the many other challenges that life hands you,” the hat-maker says of the name for her business. “It fit both my attitude and the iconic style of the West and cowboys/girls in general.” 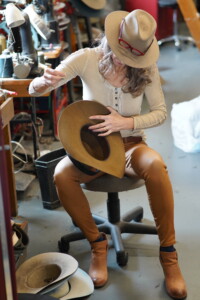 Little did she know then the challenges she would eventually face—including a fire that destroyed her shop and equipment in 2018, and then COVID-19—but she’s stayed strong and true to her craft.

Custom hats have been made the same way since the mid-1800s, using a conformateur for head shape and sizing. A rolling ladder rims the perimeter of Orr’s shop, with antique hat blocks and flanges for sizing and styling perched on shelves 10 feet off the ground. On a typical busy day at Cowboy Up, a counter will contain numerous pieces of paper with conformateur markings of head shapes for customers. On another, hat bodies are piled up, ready to be stretched and shaped.

Orr customizes each creation not only with the size of the brim and the crease in the crown but also with hat bands and tokens. A gold fish hook, vintage leather strap or a piece of jewelry might personalize a hat.

The proprietress moves from station to station, knowing when to tackle each step in the process. With practiced hands, Orr precisely shapes and smooths, sands and sews, putting her stamp on each creation.

And she wears a hat while she works. “I think more clearly in a hat,” she says simply, noting her signature style has a pinched crown and a “stingy,” or smallish, brim.

What does she enjoy most? “I like all of it,” Orr replies. “Each piece is intricate and personal.”

Suzanne S. Brown is a Denver-based writer and Western-wear enthusiast