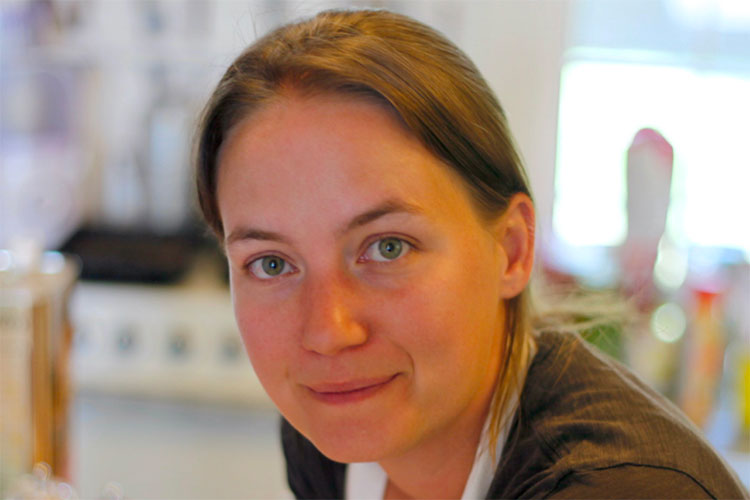 If someone like Katie Kannen — a French Culinary Institute (now the International Culinary Center) graduate and private chef—enjoyed cooking but didn’t feel like preparing a meal at the end of her day, how would other, non-foodie parents feel about dinnertime?

That was the question Kannen asked herself when she and her husband, Chris, thought about leaving New York City to establish a business where they could work together and control their future.

“My own experience was the idea for a meal delivery service,” she says. “I thought: Wouldn’t it be great if everybody could have a version of a private chef where you are not thinking about [cooking a meal] and it’s done and it’s good?”

With that idea firmly planted, in 2012 The Spicy Radish was born. It was well before meal kit subscriptions were a thing, and Kannen remembers having to explain how the service worked. People would sometimes ask if she was a caterer or if her business was like Meal on Wheels. Since then, the business has flourished, delivering fresh, family-style meals to customers in the Denver area.

Each week, a new menu is posted on The Spicy Radish website. The entrees usually are American classics but sometimes include items with a Mexican, Japanese or Indian influence. The top seller, says Kannen, is the chicken pot pie, no matter whether the month is July or December. Another selection for the week might be a mini meatloaf made with Angus ground beef, pork and veal, seasoned with onions and parsley and served with classic macaroni and cheese. Or customers may choose the roasted salmon with green goddess sauce served with couscous pilaf.

Dishes usually repeat on the menu every six to eight weeks, says Kannen, so that clients don’t burn out on the same offerings. Dairy-free, gluten-free or vegetarian entrees are regularly available, but The Spicy Radish doesn’t plan the menu around specialty diets. This summer, Kannen added salads and light lunches to the weekly picks, and the move has been popular. And, she says, people love the desserts, including chocolate peanut butter pie and oatmeal peanut butter chocolate chip cookies.

All food prepared at The Spicy Radish must pass three tests: Does it travel well? Does it keep well in a refrigerator? Does it reheat well?

“When we are conceptualizing new dishes, those are the three main concerns,” Kannen says. This is one of the reasons the chicken pot pie is a favorite. “We add a puff pastry on top that is cooked in a person’s home, so it is a really fresh, lovely thing you pull out of the oven.” In contrast, she explains, “While I love a summer tomato, I won’t use it at The Radish because once you cut a tomato and refrigerate it, it just isn’t the same.”

Kannen and her staff do the food prep work on Thursdays, cook on Fridays, package the meals on Fridays and Saturdays, and deliver to customers on Saturdays and Sundays, or on Mondays by special request.

People are no longer asking her to explain her meal delivery service. During COVID-19, the demand for her cooking increased by as much as 35 percent.

“It was wild. We feel fortunate that we were able to keep our doors open and continue to employ people and, at the same time, provide a service that people were searching for,” she says.

Kannen became interested in cooking after she graduated from college and worked for an event planning firm. While watching the catering companies work, she says she realized for the first time that cooking was something a person could do for a living. She wasn’t interested in restaurant work— too chaotic and unpredictable for her personality. Instead, she became a private chef for two families until the urge to leave New York City took over. The Kannens moved to Denver in the mid-2000s and “bootstrapped” the business themselves. They relied on family and friends and word- of-mouth advertising to grow The Spicy Radish. Katie cooked and Chris delivered the meals and, every Saturday, their daughter would be in the kitchen watching cartoons on an iPad.

The hardest part of the start-up was not the cooking but the business of a business. “I went to culinary school because I enjoyed the act of cooking,” she said, “but I was only cooking 20 percent of the time.” She also had to focus on insurance, inspections and payroll.

Through the years, she discovered that she enjoyed developing a business and creating a positive work environment.

Now, Kannen has a staff to help her, and she even gets to take a few Saturdays off. “The whole thing has really been amazing, to see how much it has grown and to have customers who are truly appreciative of what we do,” she says. “It feels personal to us still.”

Cynthia Pasquale is a Denver writer.